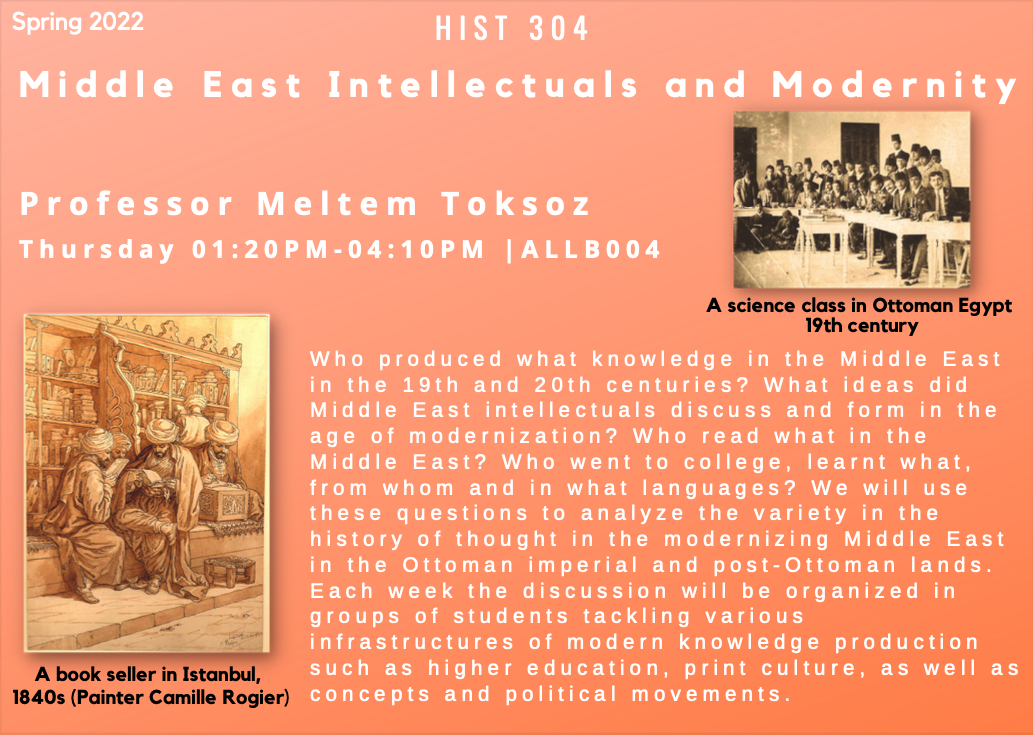 How have Middle Eastern intellectuals conceived and discussed modernity? We will use this question to analyze the variety in the history of thought in Middle Eastern societies in the 19th and early 20th centuries. Modernization, formation of the modern state and issues of nationalism, imperialism and colonialism, main intellectual questions of the time, will form the framework as we analyze their political, social, and cultural impact on the production of knowledge in the Ottoman and post-Ottoman lands. As such it is NOT a history of the Middle East but rather a history of mentalities, organized around four thematic/chronological modules (Reform, Modern State and Constitutionalism/Panislamism, Nationalisms and Colonialisms) each representing a set of concepts, ideas, and movements as well as facts and problems, all of which will be compared to the larger world of modern state formation both in thought and practice. The principal aim is to familiarize students with the processes of modernization in the making of the modern Middle East.