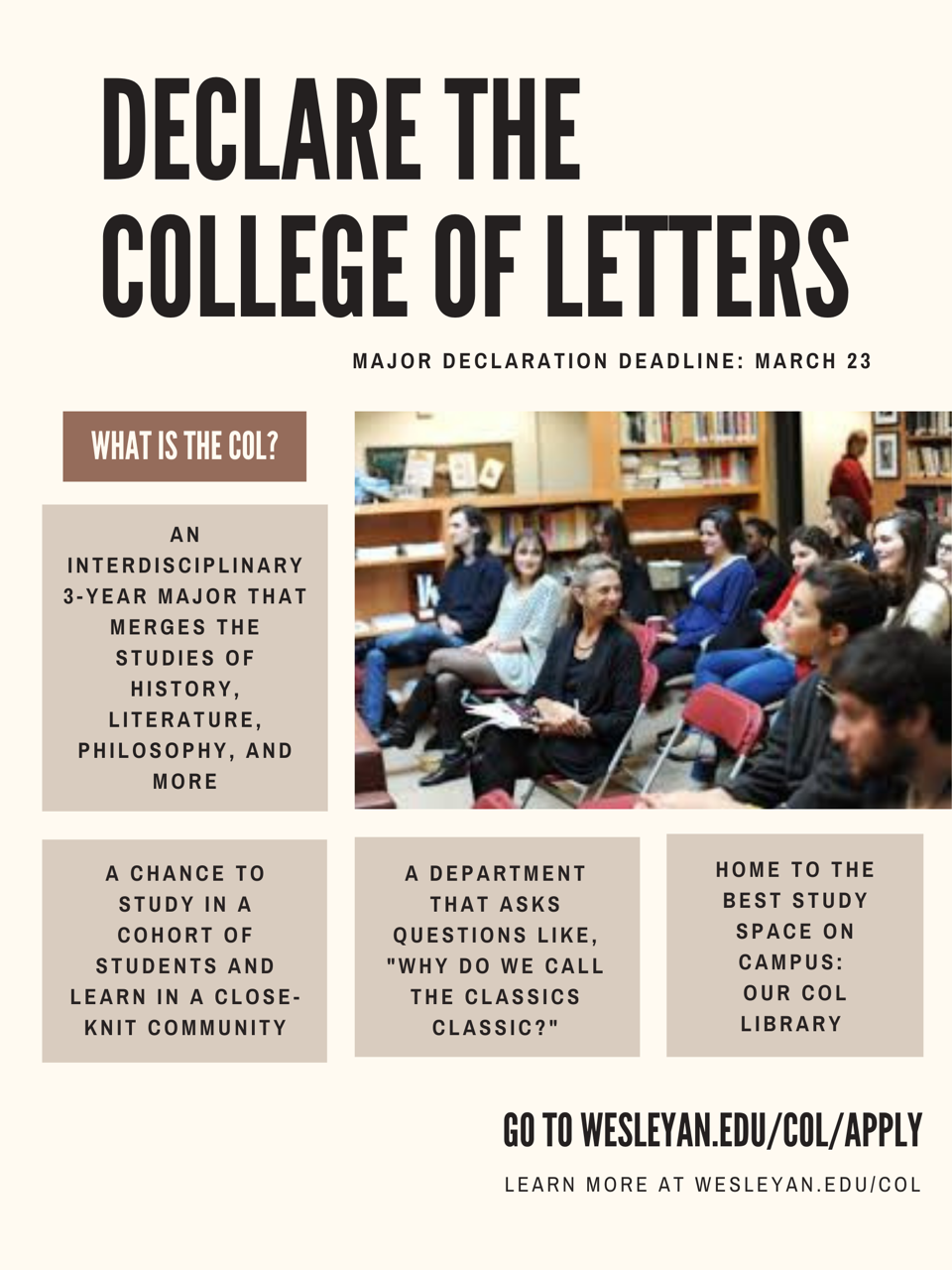 Please join us for an open house to learn more about the College of Letters on Friday, March 5 (tomorrow) from 11:30am-12:30pm over Zoom at the following link:

This event will include the opportunity to chat with current COL majors as well as some of our faculty.  We’ll explain the various requirements for the COL major, the possibility of double majoring, and the community-based nature of the program, and will also happily field any questions.

This year the COL is switching to a new more inclusive declaration process for incoming majors. First-year students will declare the major during the COL Major Declaration Period. The declaration period this semester began on Tues. February 23, 2021 and runs through Tues. March 23, 2021. Total enrollment in the major is limited to 25 students.

The College of Letters is a three-year, interdisciplinary major for the study of European literature, history, and philosophy. During these three years, students participate as a cohort in a series of colloquia in which they read and discuss works together (in English), learn to think critically about texts in relation to their contexts and influences—both European and non-European—and in relation to the disciplines that shape and are shaped by those texts. Majors also become proficient in a foreign language and study abroad in order to deepen their knowledge of another culture. The COL, a unique college within Wesleyan University, has its own library and workspace where students can study together, participate in seminars and workshops, attend lectures, and meet informally with their professors, whose offices surround the library.

The COL is unique at Wesleyan in its dedication to the study of the Mediterranean world and the various origins of Europe from antiquity to the present. In our history as a department, we have moved from an oversimplified model of the formation of Europe (with Athens and Jerusalem as points of origin) to a multicausal, more complex model of plural origins. A genealogical approach of this sort to the study of European culture has the benefit of enabling students in our courses throughout the university to regard Europe no longer as the “old world” but as a continent still in transition as it becomes more multilingual, more multicultural, and more religiously diverse.